Posted by MikeWileyProductions in Review on July 22, 2010

Mike Wiley is one man, with so many roles

It sneaks up on you, the first time you see a solo stage work by documentary theater playwright and actor Mike Wiley. You’re struck as he vividly impersonates a witness to an event from the history of race in our country, like the Montgomery bus boycott, Jackie Robinson’s integration of major league baseball or the trial of the men who murdered Emmett Till.

After that character has his say, someone from another walk of life takes center stage and contributes his testimony. Then a third, of a different gender, race and social or economic class,

brings up a crucial fact not considered up to then. A fourth dismisses it, but a fifth responds differently to the revelation. 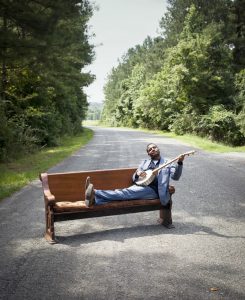 Before you realize it, Wiley has assembled somewhere between two and three dozen souls before your eyes, all by himself, without major costume or makeup changes. Over the past 10 years, in at least that many original performances including One Noble Journey, Blood Done Sign My Name and Dar He, this gifted solo performer and playwright has repeatedly invoked whole communities on stage, re-enacting their struggles with some of the thorniest moments in African-American history.

“He’s a modern-day, one-man Rashomon,” says producer Serena Ebhardt, who has directed Wiley in a number of his solo works and who wrote a history of Brown v. Board of Education that he performs on stage. “He explores all of the voices in a particular historical moment as a writer as well as an actor. Using his breath, body, eyes, face and voice, he is capable of literally making you believe he is all of the different people for whom he speaks. And he is really very good at looking at a picture from all sides.”

“It’s almost a genre he’s developing to tell the inexhaustible story of the African-American experience,” says Ray Dooley, head of UNC’s Professional Actors Training Program, from which Wiley graduated in 2004. “You marvel at the chameleon nature of his character changes and the technique he uses to do that. And to see someone use that masterful technique in the service of such worthy, important and compassionate material—really, every time I see Mike, it’s a highlight for me.”

Before, during and after his studies at UNC, Wiley toured his one-man shows at schools, community centers and theaters in Virginia, North Carolina and South Carolina. The odyssey garnered him a warning letter from the Department of Dramatic Art—before it won him the University’s Graduate School Impact Award, for service to the state. That service also earned him a commendation in 2008 from then-Lt. Gov. Beverly Perdue, who termed him “an actor who challenges his audiences to consider how they think about our history and current events.”

Wiley’s visibility as an artist has increased dramatically in the past couple of years. After Duke’s Center for Documentary Studies and UNC’s dramatic art department co-commissioned his first work for multiple actors—a history of the Freedom Rider movement called The Parchman Hour—a student production of it toured the South and clinched its subsequent professional premiere at PlayMakers Repertory Company.

“The thinking was good, the writing was good and the sophisticated physical and gestural vocabulary was thrilling to me,” says PlayMakers Artistic Director Joseph Haj. “It seemed a great opportunity for the organization, and I couldn’t have been more pleased with the outcome.”

During that time, regional filmmaker Rob Underhill based his short films Empty Space and Wolf Call on sections of Dar He, Wiley’s solo performance about the lynching of Emmett Till. After those films began receiving recognition and winning awards, Underhill began work on a full, feature-length version of that work—in which Wiley plays more than 30 characters on the screen.

This year, the film version of Dar He has taken best film awards at the Black International Cinema Berlin festival and the North Carolina Black Film Festival and accolad
es at black film festivals in San Francisco, Newark and Charlotte, with additional screenings coming up in the fall. 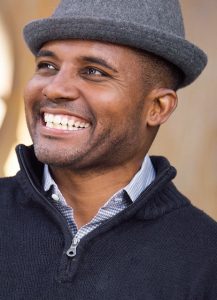 “Mike almost writes in a cinematic format: with smaller scenes, lots of impacts,” Underhill says. “On stage he wants to be very engaging with the audience, and that translates well in the editing room.”

Wiley used to cringe when people called his work a ministry. “Gospel exploitation is alive and well in quite a few plays out there, and many have been made into films,” he observes. “But as a society, we have forgotten over time the milestones of African-American history. There are so many untold stories and unknown individuals. It finally hit me: These plays are a prayer for remembrance. And now that I have two sons, it goes a bit deeper for me: They’re a prayer for hope as well. They’re my attempt, as skillfully as possible, to put on the skin of each individual person in my shows.”

Wiley meticulously researches the stories he puts on stage. For his first production, One Noble Journey, he haunted Virginia’s state library in Richmond, where manuscripts on Henry “Box” Brown, an intrepid 19th-century slave, were kept. For the adaptation of Tim Tyson’s Blood Done Sign My Name, Wiley interviewed a number of principal characters during repeated trips to Oxford, N.C., where the autobiographical novel was set. He routinely transcribes video or audiotape interviews while working on characters and scripts. “On stage, he’s literally taking the words out of people’s mouths,” Ebhardt says, “and he honors all of their viewpoints. If Stokely Carmichael actually saw The Parchman Hour, I don’t believe he’d be too pushed out of shape with how his words were used.”

The fall looks busy. In August, he’s in Deep Dish Theater’s season opener, August Wilson’s Radio Golf. In September, he begins filming a screen adaptation of One Noble Journey with Underhill. For the spring, he’s contemplating a solo piece—with jazz orchestra—on John Coltrane, Thelonious Monk and Nina Simone with Duke music professor John Brown. An adaptation of Danielle McGuire’s At the Dark End of the Street is in the works, as are possible collaborations with regional playwrights Chaunesti Webb and Ashley Lucas and novelist Paul Cuadros.

Quite a few stories for one man. But Mike Wiley is clearly up to the challenge.